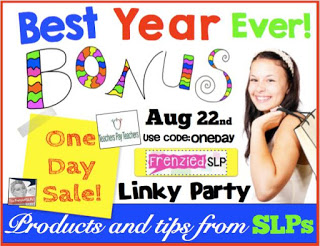 We
ALL have them….decks and decks of speech sound cards. Do you pull out some of
the cards because they are not good choices for your students? Maybe you pull
out a lot of the cards! Many of the popular card sets feature odd photos or pictures,
vocabulary words that aren’t used in your geographic region or inappropriate speech sound
contexts. After feeling frustrated with those limitations, I made a decision to
DO something about it! And here is the result…. 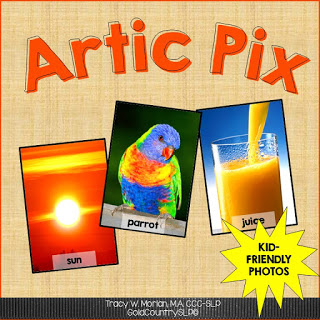 This
set is for R, S and L in the initial, medial and final positions of words.
These cards are bright, colorful photos that my students LOVE! Word choices
include commonly used vocabulary.
Now,
a word about medial sounds—especially our “friend” the R sound. I am VERY
particular about medial R and how it is presented and practiced. ALL of the medial sounds in
this set of cards are intervocalic. Intervocalic means in between two vowel sounds, as in “berry” and “cheering.” This is especially important for the R sound. While
I can’t specifically remember where I learned this concept; it was undoubtedly from either Pam Marshalla or
Char Boshart. You will find students are more likely to be successful working on intervocalic R rather than other “medial” sound choices, such as “arm” or “bird.” Why? When the R is followed by another consonant, it influenced by the following consonant and this often results in a mis-articulated R sound. Think of co-articulation or the
articulation of two or more speech sounds together, so that one influences the
other. Here are more examples
of intervocalic R words:  parrot, cherry, arrow,
giraffe. You can see that the R is in between two vowel sounds thereby reducing the coarticulatory effect. Try it and see what happens!
Now you have many reasons to go and purchase my Artic Pix cards!
Wishing you the Best Year Ever!